WHO IS MEP of Louisiana?

The Manufacturing Extension Partnership of Louisiana (MEP of LA) is a sponsored program of the Louisiana Community and Technical College System (LCTCS) serving Louisiana manufacturers statewide.

We have experts in house, as well as a statewide network of manufacturing extension agents and partners, to provide a full range of services that focus on productivity, profitability and manufacturing success.

Established in 1997, MEP of Louisiana is partially funded by a cooperative agreement with the Department of Commerce’s National Institute of Standards and Technology’s (NIST) Hollings Manufacturing Extension Partnership (MEP). 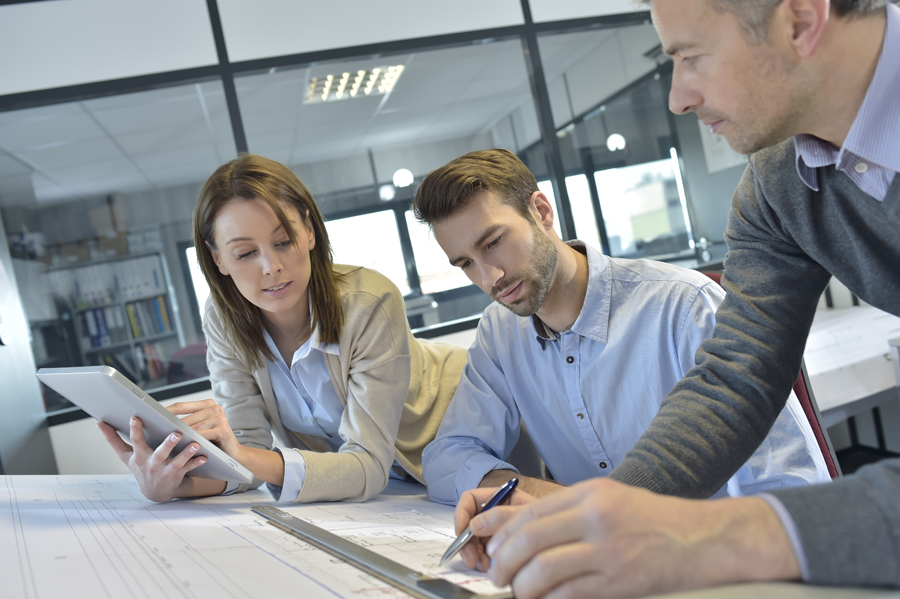 The experts at MEP of Louisiana provide targeted needs assessment, consulting and technical assistance to strengthen and enhance your manufacturing business. We collaborate with public and private resources to provide smart, innovative and sustainable solutions that allow our clients to work and compete smarter.

Most importantly, MEP of Louisiana is rated, graded and funded on impact; we are committed to a high return on investment. 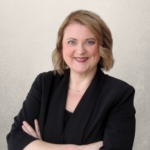 As the Executive Director, Blanchard leads MEP of Louisiana as it works to help all Louisiana manufacturers grow and compete. She is responsible for a number of leadership functions including adherence to compliance standards, budgetary analysis and reporting, and formulation of organizational positions and performance goals. As director, she leads efforts to identify the needs of small and medium-size manufacturers and build MEP of Louisiana’s capabilities to meet those needs. 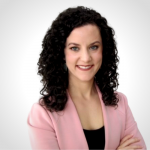 Kayla is primarily responsible for establishment, annual update and execution of the Center’s marketing strategy. She documents client success stories, posts Center information on social media, and creates press releases and monthly newsletters sent to clients and partners. She is responsible for all internal project management. Kayla manages quarterly reporting and collaborates with Project Managers and Community College points of contact to successfully assist manufacturers.  She also conducts market research to determine the needs of Louisiana manufacturers. 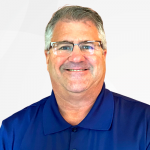 As a Project Manager of the MEP of Louisiana, Wynn delivers industry consulting services and drives implementation engagements to achieve maximum business impact.  Wynn also analyzes the needs of the manufacturer to determine areas of improvement needed, develops a plan to address the areas of improvement, estimates the potential return on investment, presents the proposed plan for services to business executives and executes the agreed plan with the manufacturer. 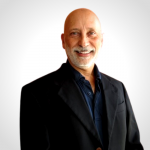 As Operations Director of the MEP of Louisiana, Baxter supports MEP of Louisiana activities by working in conjunction with the MEP of Louisiana Executive Director as well as the team of MEP Project Managers and LCTCS college partners to create and drive the mission of the National Institute of Standards and Technology (NIST) MEP.  Baxter is also tasked with understanding manufacturing needs and helping to grow and sustain the coordinated partnership with the community and technical colleges in Louisiana to most effectively support manufacturers throughout Louisiana. 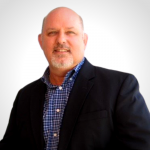 As a Project Manager of the MEP of Louisiana, Dan delivers industry consulting services and drives implementation engagements to achieve maximum business impact.  Dan also analyzes the needs of the manufacturer to determine areas of improvement needed, develops a plan to address the areas of improvement, estimates the potential return on investment, presents the proposed plan for services to business executives and executes the agreed plan with the manufacturer. 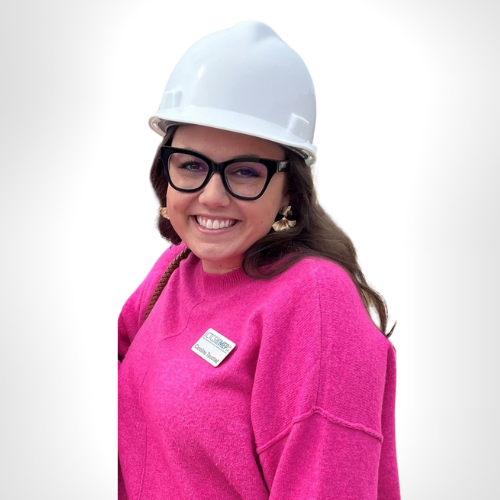 As Business Compliance Coordinator of the MEP of Louisiana, Caroline is responsible for assisting in the development and execution of a system of internal controls to ensure that colleges affiliated with the MEP awards are meeting compliance objectives set forth by the NIST MEP award instrument.  Caroline also acts as liaison and supports the Executive Director with various tasks including the MEP of LA Industrial Advisory Board and preparing the staff for meetings and travel. 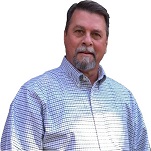 Ed Dauphin originally started his banking career in Lafayette, Louisiana, with a combination of operations and commercial lending experience and built a reputation that afforded him the opportunity to turnaround a failed bank bought from the FDIC by a group of investors. As President, he quickly transformed Louisiana Delta Bank into a high-performance bank. Dauphin exceeded investor goals through developing updated operational systems, reducing operational cost through the implementation of technology, and acquiring a large agricultural loan portfolio. In 1997, he assumed the role of CFO of the holding company, which owned Louisiana Delta Bank, other banks and loan related businesses.

Being at the helm of Louisiana Delta Bank and leading the Chamber of Commerce of that area for many years afforded him the opportunity to work closely with business owners in Northeast Louisiana. He soon recognized that a majority of entrepreneurs of privately held companies had a need for a Part-Time CFO or Business Coach to assist with financial and management issues. Assisting entrepreneurs in their visions to further grow their companies became his passion and his consulting career began.

Since moving back to Lafayette in 1998, Dauphin has focused on providing part-time CFO services and executive level business coaching to Louisiana entrepreneurs. In addition to his own client base, he has been a third-party consultant providing services to the clients of the Small Business Development Center in Lafayette and the Manufacturing Extension Partnership of Louisiana for over 10 years. He has also been a member of the Manufacturing Extension Partnership of Louisiana Industrial Advisory Board since 2000 (retiring from that board in 2010 and returning in 2014) and served as its Chairman for 3 years. 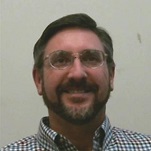 After graduation from Texas A&M and working for several years at the Western Electric manufacturing plant in Shreveport, Jim transferred to corporate headquarters with AT&T in New Jersey as a member of the company’s Leadership Continuity Program. His “Bell System” telecommunications career came full circle in the late 1990’s when he transferred back to Shreveport, ultimately becoming the Lucent Technologies and Avaya local Plant Manager. The automotive boom in the 2000’s saw Jim launch a greenfield GM supplier location in Shreveport for privately held Android Industries. During his 9 years with “Ai-Shreveport” he expanded his scope to include operations in Arlington, Texas and Mexico, launching another greenfield location in Toluca, near Mexico City.

In 2009 opportunity came calling via CellXion in Bossier City with a chance to rejoin the telecommunications industry. As the Executive Vice President and General Manager of Sabre Building Systems by CellXion, a division of Sabre Industries, Inc. headquartered in Alvarado, Texas, Jim led his team through a period of significant diversification and growth beyond the telecommunications industry.

In 2014 Jim joined a small group of local businessmen with a vision to grow manufacturing jobs in Louisiana, and Module X Solutions was launched. Currently, Jim is the Vice President and General Manager of Module X Solutions and Module X Oldcastle. These companies provide integrated modular building solutions to several industries and the United States Government.
Throughout his career, Jim has served on various boards and volunteered with several economic development and community organizations. He is currently recognized as a Louisiana Ambassador for Louisiana Economic Development, is the Chairman of the Industrial Advisory Board for the Manufacturing Extension Partnership of Louisiana, and has previously served on the board of directors of the Greater Shreveport Chamber of Commerce.

Jim is married to Kimberly, also a Texas A&M graduate and a local florist, and they have one daughter, Danielle, who is a graduate of Ole Miss and works in marketing and communications through her firm. 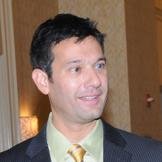 Al Herrera is Vice President of IPS of Louisiana Corp.  and serves as President for its division Best Bolt and Nut, IPS Properties and IPS BBN.  Mr. Herrera was employed with Ford Motor Company after receiving his degree in Finance from the University of New Orleans.  During his time at Ford Motor Company, Mr. Herrera  was instrumental in the opening and development of Ford Motor Credit’s Customer Service Center in Omaha, Nebraska.  This was the first National Customer Service Center opened by any Financial Institution.

Mr. Herrera joined IPS Corp in 1997 and has been instrumental in the company’s growth through increased sales and acquisitions.    From its founding, IPS Corp, continues to serve international and national clients through the dedication and loyalty of its employees.  Mr. Herrera received awards from SBA, United States Corps of Engineer, and Department of Entergy from projects IPS has commendably completed.   He has led the company to its increased diversification of clients and product lines along with establishing IPS’ manufacturing capabilities.

Al  is a Commissioner for Regional Transit Authority New Orleans and serves as the Chair of the Finance Committee.  He serves on several boards including the University of New Orleans Foundation Board, Manufacturing Extension Partnership of Louisiana and South Shore Harbor Marina.   He has served as President of the University of New Orleans Alumni Association and continues to contribute his time and efforts to the association.   He serves as a member of the Fix the Debt national committee, UNO Presidential selection committee and local charitable associations.  He has been a speaker for SBA, PTAC and continues to provide his expertise and knowledge to several organizations and individuals.

Mr. Herrera was born in Veracruz, Mexico after his parents migrated from Cuba and moved to New Orleans in 1969 and considers Louisiana his home state.  He enjoys spending time with his family, business deals, helping others, relaxing on his boats, and history. 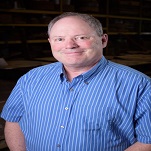 Zed H. Howell is the founder and majority owner of Howell Foundry L. L. C. in Saint Francisville, LA. He began his career in 1975 at Istrouma Foundry in Baton Rouge, LA. Over the years he has worked for several other foundries in a variety of positions while honing his craft. In 1995 he left his last employer and, together with his wife, Rachel, built Howell Foundry. Today, Howell Foundry specializes in sand cast stainless steel, nickel, and cobalt alloys.

Zed has served his industry in a number of capacities. He served for several years on the board of directors of the Baton Rouge Chapter of ASM International (formerly American Society of Metals), culminating as Chairman in 1993. He served as Louisiana Director of the Texas Chapter of American Foundry Society for many years, culminating as Chairman of the Texas Chapter in 2011. Zed has, for the last decade, been active in the Steel Founders Society of America, winning an award of excellence in 2011 for a paper he presented on printed mold technology. In 2014, he was the first person ever to earn the designation of Master Foundryman from the Steel Founders Society of America. 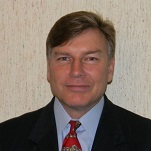 Stuart has over 37 years of experience in supply chain and logistics. He spent 10 of those years under the supply chain consulting subsidiary of UPS, UPS Professional Services, Inc. (PSI). PSI consulted in varied industries where supply chains and processes were evaluated and optimized. Stuart has been the project lead on many projects, and the most noted project was for a division of a global food supplier where he and his team identified savings of roughly $30mm in their supply chain and labor expenditures. This was in areas of mode optimization, internal company driver route optimization, driver method optimization, work schedule modeling and optimization, and technology overlays to improve those processes.

In Stuart’s current role, he manages a group of resources globally that models and optimizes Supply Chains for UPS Customers for all modes of transportation. His team also models the Carbon Output impact of Supply Chains on customers with Carbon Offset offerings to negate that Carbon Output.
Stuart is active in his community by serving on several boards, including the University of Southern Mississippi’s Center for Logistics, Trade and Transportation Advisory Board, Southeastern Louisiana University’s Supply Chain Advisory Board, the Manufacturing Extension Partnership of Louisiana’s Industrial Advisory Board, the Louisiana Center for Manufacturing Sciences Board, the St. Tammany Louisiana Economic Development Foundation Board, and also serves on the Deposco Board of Directors. Deposco is a cloud based supply chain inventory management software.